Luce, an adopted former child soldier from Eritrea, has turned into an all-star student. But this image is challenged after an alarming discovery by a high school teacher. 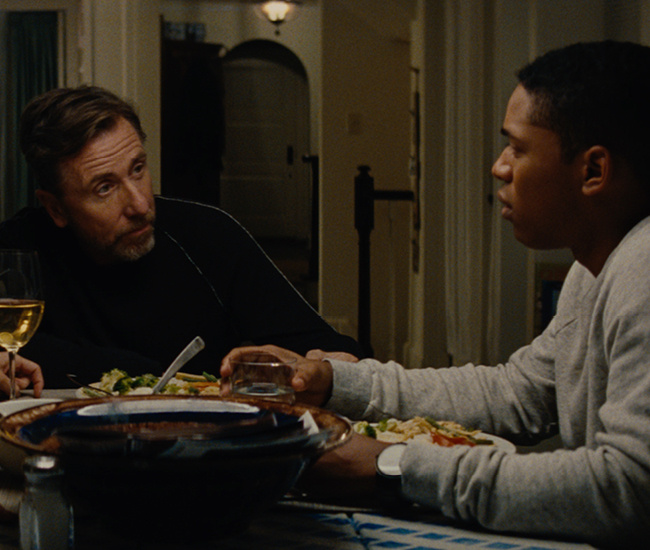 Seventeen-year-old Luce (Kelvin Harrison, Jr.) is a beloved jock, a debate-team captain and one of the brightest, most ambitious student of his class. Luce is exemplary. He is, the movie quietly reminds, also African-American and there’s baggage to be mined there. His parents Amy and Peter (Naomi Watts, Tim Roth), who adopted him from a war-torn Eritrea, where he was a child soldier, have given him everything in life and Luce has taken advantage of those privileges to build a promising future.

However, Luce’s idealized image of black excellence is challenged when Mrs. Wilson (Octavia Spencer), a black teacher known to be tougher on African-American students, discovers fireworks in his locker. Opening the locker without his consent, she’s been being alarmed by an essay he wrote about African writer Frantz Fanon, praising the Pan-Africanist’s support of violence to defeat colonization. Wilson doesn’t confront Luce about the essay or fireworks; she instead goes to his parents, which sparks intense debate about race, class warfare and whether Luce is actually guilty of anything.

Ticket reservation: call Natlab (040 2946848),
or buy your tickets at the cash register that opens one hour prior to the start of the movie.
Payment is only by PIN (with Maestro, so not with Visa or Mastercard).