Film concert pianist Yvo Verschoor and his old companion: concert grand piano ‘Frau Blüthner’ (1897) took the audience on a live trip back to the days when cinema was invented.

He played the piano while short films and fragments from the ‘primeval days’ (1898-1930) of cinematography were shown on a big screen, like for example  ‘the first flight ever’, scenes taken in the first film studios, a trip to the moon with George Méliès and lots more. It was an evening about wonderment, laughter, pictures of time and of course lovely music. 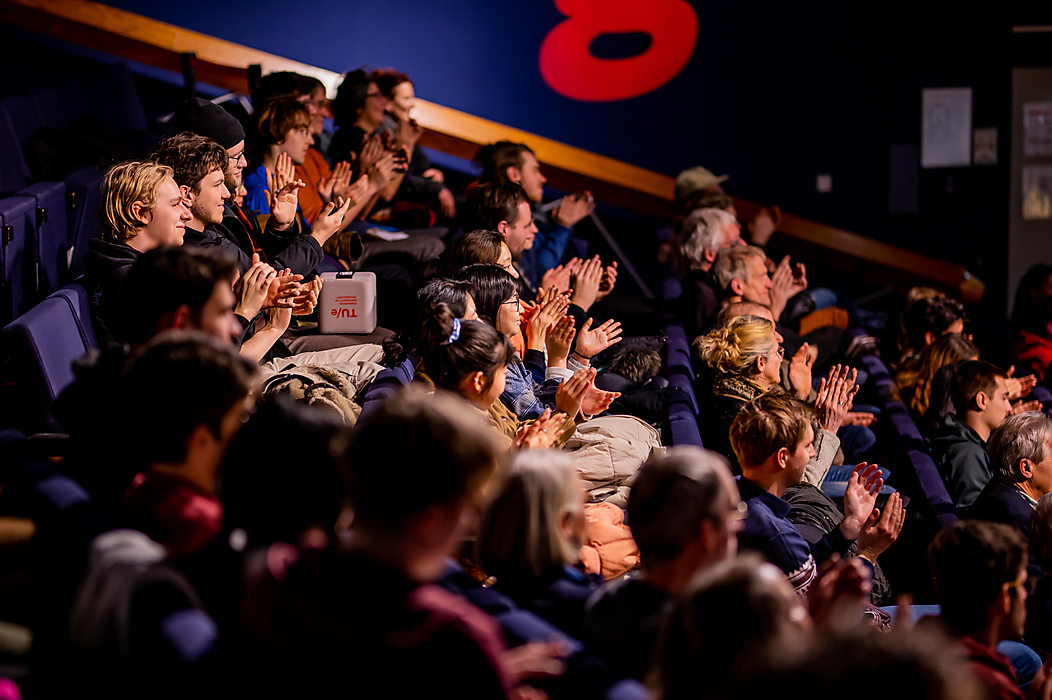 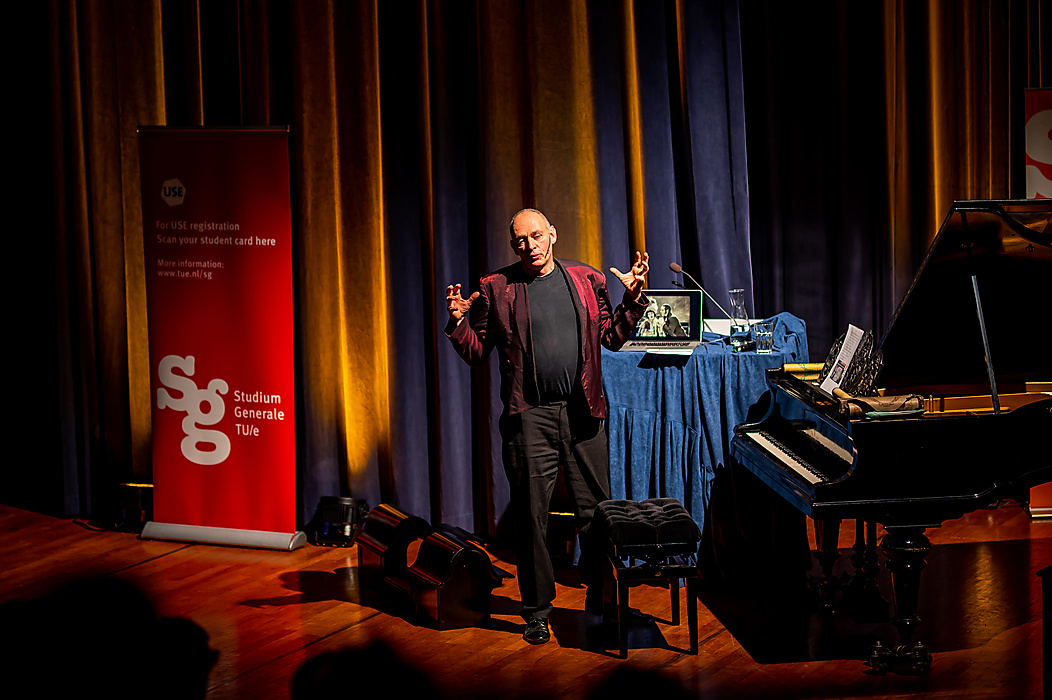 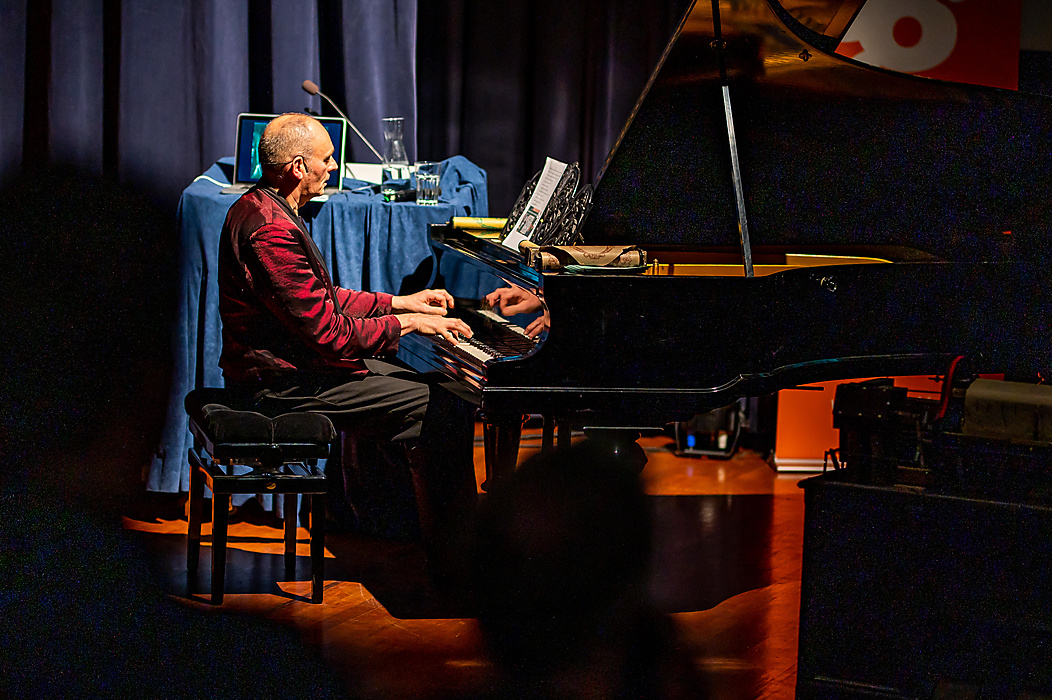 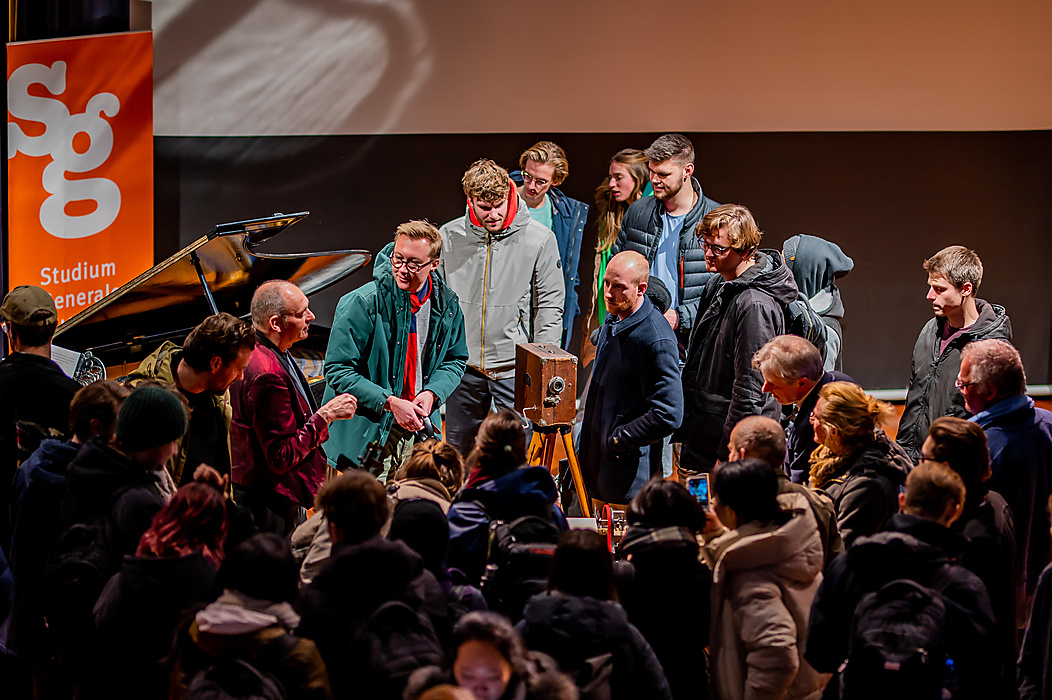